In very early times the City of London was divided into Wards for the purposes of government. Every year, at the Wardmote, the 'good and discreet' citizens of the ward elect their representatives to serve on the Court of Common Council. Each Ward also meets when a vacancy occurs to elect their Alderman.

There are 25 wards in the City. The Queenhithe Ward encompasses an area to the South of St. Pauls Cathedral down to the river. The name Queenhithe comes from the Queenhithe dock on the river, which was probably a Roman dock, but known in Saxon times as Aedereshyd and later as Queen Hithe (Queens Quay).

The Queenhithe harbour was used for importing corn into London and in the later part of the 20th century, by the fur trade. Nowadays the dock lies unused and the main commercial activity is concerned with money, as the offices of some of the best known banking names are within the Ward.

Bombing in the Second World War destroyed three quarters of the buildings in the Ward. The intensive re-development in the 60's and 70's revealed many archaeological treasures from Saxon and Roman times, which are now recorded in the Museum of London and the Guildhall.

Although many social clubs existed in centuries gone by, the Queenhithe Ward Club, as we know it today, was founded in 1932. Renowned as one of the friendliest and most active of the Ward clubs in the City, the club runs a wide and varied social programme throughout the year.

Past events include such diverse outings as our own float at the Lord Mayor's show, in the year when our President Sir Alexander Graham became Lord Mayor of the City of London, a dinner on the catwalk of Tower Bridge and afternoon tea on the terrace of the House of Commons.

The Club continues year on year to go from strength to strength, giving a focus to the Ward and helping to support and maintain the traditions of a great City. 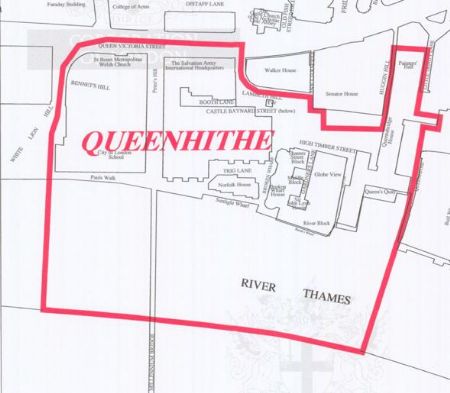 click
©2022 Queenhithe Ward Club is powered by PHDi Websites
Cookies are set by this site. To decline them or find out more visit our cookie page

©2022 Queenhithe Ward Club is powered by PHDi Websites
Cookies are set by this site. To decline them or find out more visit our cookie page